Hate speech and misinformation are being spread in the country and social media has become a big platform for circulating misleading information and rumours.

If proper measures are not taken immediately, social unrest will increase, said speakers at a conference titled “Countering Hate Speech, Misinformation and Strengthening Access to Information,” organised by research and advocacy organisation VOICE and UNDP Human Rights Programme in the capital on Saturday.

“A Buddhist temple in Ramu came under attack and a religious clash took place in Bhola over misinformation and hate speech. This has to be countered immediately and the government must come forward,” said VOICE Executive Director Ahmed Swapan Mahmud.

“We have to educate people about the difference between freedom of speech and hate speech,” he added.

Mentioning that the government is not active enough to curb hate speech on social media, journalist Saleem Samad said the government takes action only when anyone says anything against it.

“The Digital Security Act is not for people. The government formed the act to shield its leaders,” he added.

Saimum Reza Piash, a faculty member at the Department of Law at Brac University, said, “Nowadays, freedom on digital platforms has become a global issue. In the case of misinformation, the government can request media houses to simply remove the news rather than enforce the law on them because usually, no media makes a report with ill motives.” 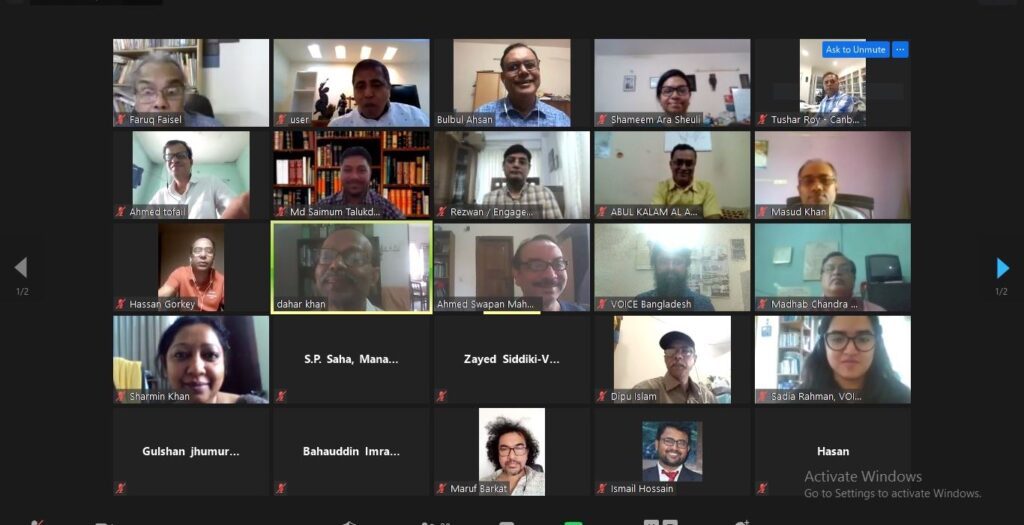