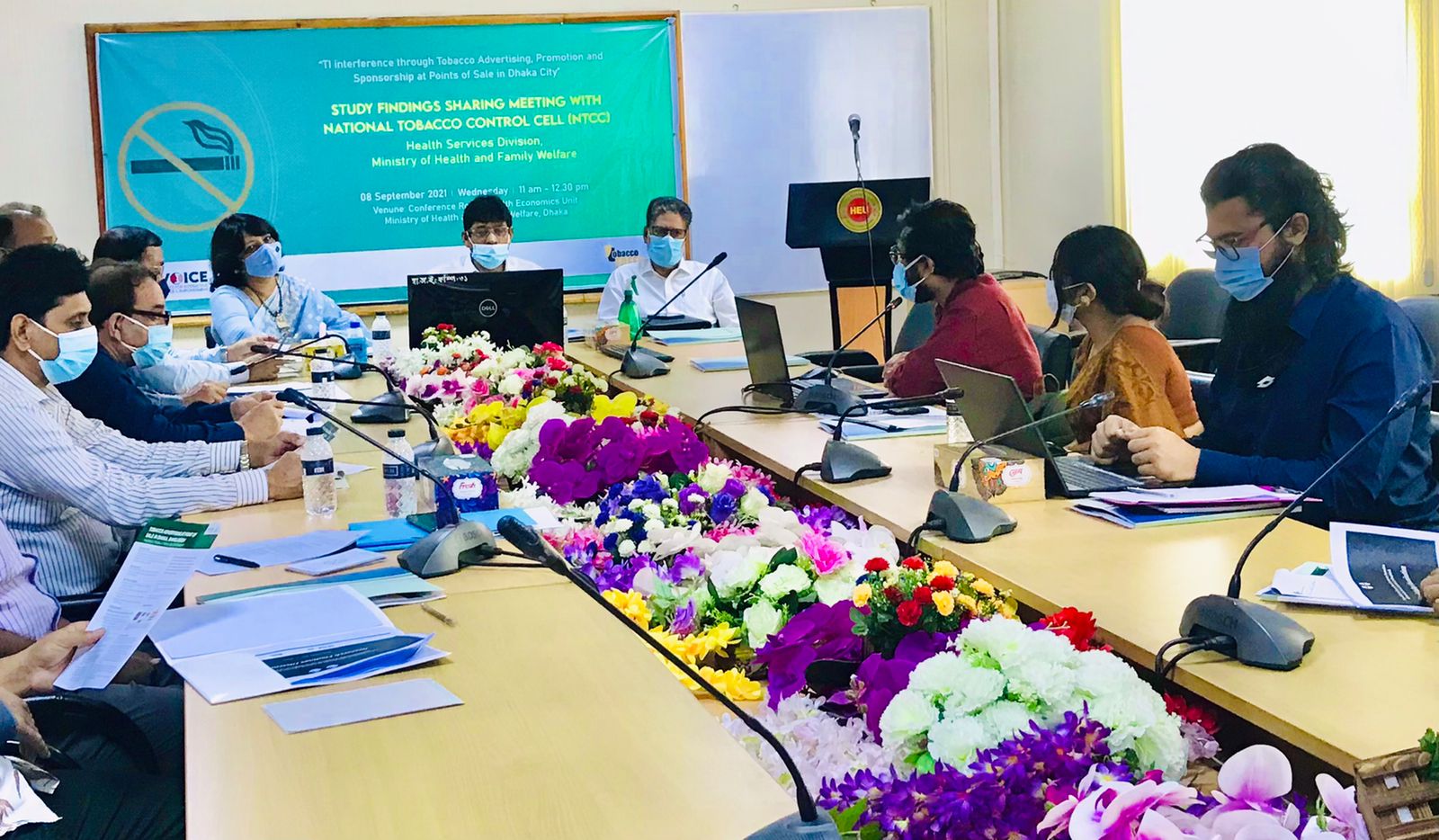 Voices for Interactive Choice and Empowerment (VOICE), a rights-based research and advocacy organization organized a sharing meeting to disseminate the findings of a study titled ‘Tobacco Industry Interference on Tobacco Advertisement, Promotion and Sponsorship at Points of Sale in Dhaka city of Bangladesh’ with the National Tobacco Control Cell (NTCC), Ministry of Health and Family Welfare at NTCC meeting room on Wednesday, 08 September.

Kazi Zebunnessa Begum, Additional Secretary and Program Director, NTCC said that the Health Ministry is working on strengthening the tobacco control law. She emphasized on strong policy support from all concerns in this regard.

Mostafizur Rahman, Lead Policy Advisor, CTFK said that though advertisements and sponsorship is illegal in the law, banning product display at points of sell specifically through the amendment of the Tobacco Control Law can help reducing these sort of violations.

Ahmed Swapan Mahmud, Executive Director of VOICE briefed a welcome speech and delivered the objectives of the meeting and said that the TC law needs to be strengthened in order to make sure these violations do not take place.